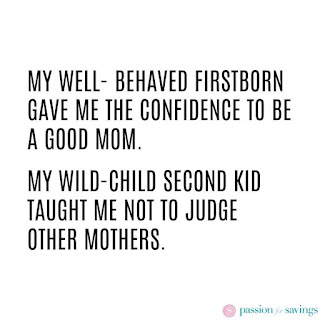 The things I want you to know this week.  1. Life is hard. Just because you see that someone on Facebook or Instagram is battling cancer or has recent lost a parent or loved one, doesn't minimize your daily struggles. We all have our crosses to bare. Perspective is real and it is healthy. We have to try and stay positive and look for the daily blessings in life and constantly turn our hearts to gratitude, but we can still acknowledge that life is hard and we don't know what someone else's life looks like or feels like. We may all be grieving something or someone even if we don't know what that is. Sometimes it's just grieving what we thought we wanted and God thought better for us. Or grieving the life we thought we would have, and circumstances didn't allow that. It's healthy to acknowledge those losses and ideals and try not to get stuck in it. I heard a quote on a Podcast this week. They were talking about life's disappointments and the guy was
Post a Comment
Read more

September 28, 2018
I used to blog to document our lives and update friends/family on the kiddos and on our lives.  As life gets busier and social media becomes more popular and saturated, you can see what we're up to on Facebook or Instagram and I don't have to spend time uploading photos here and writing content.  That being said, I still love to write and I always feel like I have all these thoughts or things that I want to tell people about but I don't always want to flood everyone's Facebook feed with these things.  I want to try and spend some time each week listing a few things I want you to know. I also would love for this to be a place where I could process thoughts and feelings.  So, to start. Here are the FIVE things I want you to know this week .  1. Podcasts .  I prefer the interview styles and I prefer it to be someone I know of but every once in awhile I stumble on someone I don't know yet and I fall in love with their story! Sometimes there is a top
Post a Comment
Read more

July 10, 2016
I, like most of the country, have been burdened this week by the recent tragedies in our nation. I, also like most of the country, have been overwhelmed by the media (especially social media) response to this weeks events. What I have noticed to be the theme is divide. Has anyone else noticed that? Everyone is divided. There's racial divide, there's political divide, there's those for or against law enforcement, less than a month ago there was moral divide between the gay community and the straight community after the Orlando shooting. Everyone hears a new story and immediately takes a stand.  People, satan is waging a war in our country and it's to divide our nation. I've talked with different people this week and I feel myself taking a side in the conversation. I see a post on Facebook of some one's opinion of the situation and a war ensues in the comment section. Everyone hears from the media what happened and they have an idea of who was right and who wa
Post a Comment
Read more 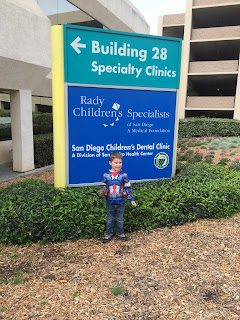 I can hardly believe tomorrow will already be May 1st! When thinking back to March though, it seems like FOREVER ago! April has been a really long month for us! This might be the longest blog post ever as I attempt to recap a crazy month full of highs and lows and also share a little that God is doing in our lives and in my heart. April started with a trip down to San Diego to Rady's Children's Hospital for a check up with a specialist for B. He was diagnosed with a Periodic Fever Syndrome when he was two and we've been managing it here at our local children's hospital with our wonderful Pediatric Rheumatologist and he unexpectedly passed away in February and the hospital was uncertain if they would be hiring someone else right away. Our Allergist/Immunologist informed us that the doctor responsible for all of the research regarding fever syndromes (which we knew nothing about prior to doing some google research on our own following a series of fevers B had between
Post a Comment
Read more 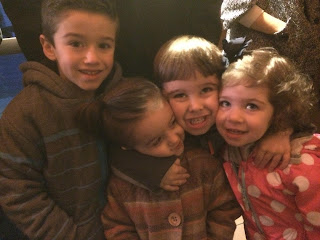 I don't think we had our calendar on "month" view when we scheduled a few big things for January of this year. It ended up being a very fun but very FULL month and since I fully intend to document things a bit better this year, I wanted to get the highlights down before February is over.  For Christmas this year we got together with Hub's sister and her husband and decided to do a family weekend at the beach for his parents for Christmas instead of a gift. We hadn't all been anywhere together since the kids were born and we hadn't taken a family picture ever, so it was a good time to get away, let the kids run wild, take them out to a nice dinner and get a current family photo. The kids loved their makeshift camp out with their cousins. The adults enjoyed playing games after the kiddos were in bed and a bonfire on the beach on a rainy weekend was perfect. We can't wait to make this an annual occasion and plan different trips each year (mayb
Post a Comment
Read more I love New Years. We don't ever do anything spectacular (especially since we have little kids that need to be home in their beds at 830pm or they are a wreck for a few days). We go out to dinner and then come home with Ben & Jerry's for the adults in our house. We usually rent a movie and try to make it to midnight. Last night I failed at that miserably. I fell asleep on the couch at 1030 and hubs finally sent me to bed at 11. I was totally fine with that. It's been a long week after a busy 3 day long Christmas and then heading back to work and we have a few projects this weekend that we intend to tackle/complete so off to bed I went. Back to why I love New Years... I love a fresh start, change, goals, lists, plans, promise, hope. I love having things to look forward to, to work towards and I love the feeling of accomplishment when you get to check things off that list. One of the things that was on my goal/resolution list last year was to begin blogging again. I j
Post a Comment
Read more 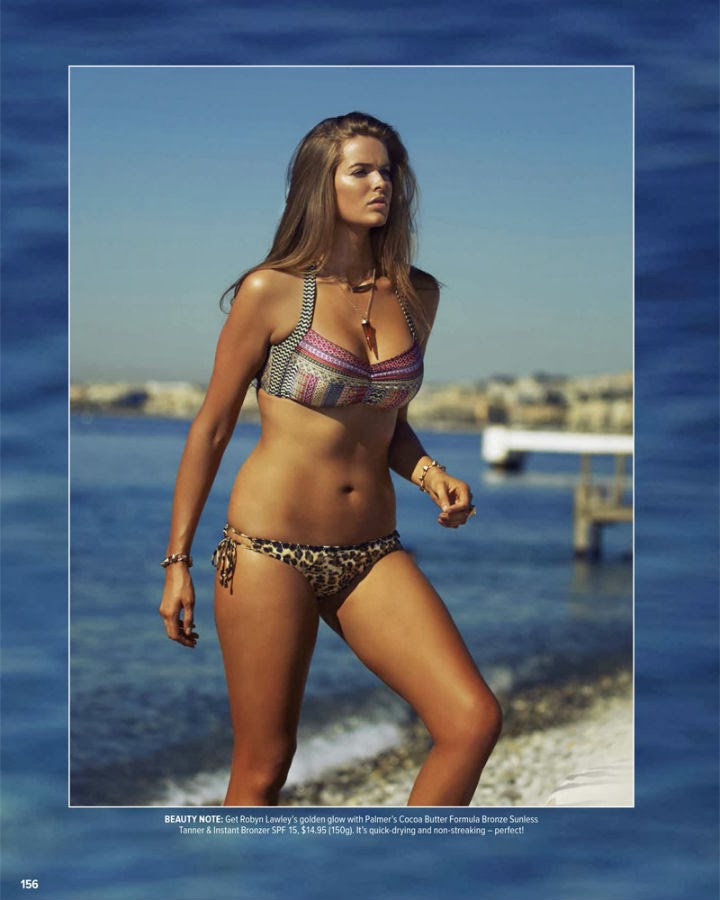 Life has gotten crazy (as it often does with kids & jobs) and I haven't had time to blog in a long long time. I would love to document my kids lives here for out of town family to see and for me to be able to look back on, but the fact of the matter is... I'm busy doing life with my kids, watching them grow, being involved in the daily grind with them and that is more important to me. I hope my memory will just serve me well enough to remember the little moments I didn't have time to document. If I don't remember a stat or what day they started doing a certain thing or reached a certain milestone I hope it's because I was busy making lasting memories for them by sitting on the floor and playing or dancing, or reading a book or baking a cookie, or making a run to Target (because that's EVERYONE'S favorite place in our family)! All that aside, there are times in the daily grind that something catches my attention, or comes up in conversation, or I read
Post a Comment
Read more
More posts

Melissa
Cali , United States
I can't spell. Our lives aren't that exciting. I over use commas. We have a boy (born June 2011) & girl (born July 2013). We love Jesus and each other. If any of that sounds like you can put up with it, welcome to our lives!